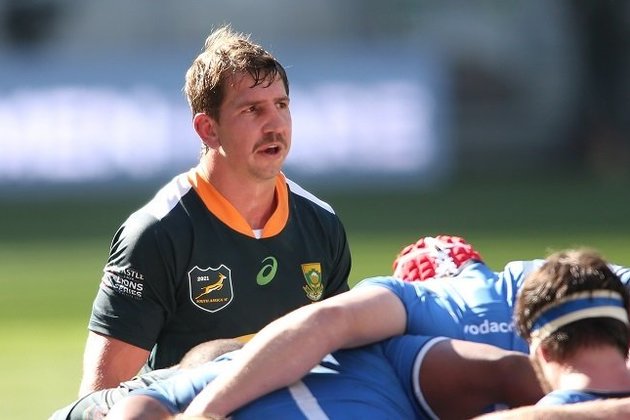 Duane in a different form: Why Kwagga Smith is the Boks' No 8

To many it would sound counterintuitive, but Jacques Nienaber, the Springbok head coach, believes Kwagga Smith will actually offer similar skills to the man he's deputising for, Duane Vermeulen.

The nippy former Lions and Blitzboks star was a mildly surprising pick at eighthman for Saturday's opening Test against the British & Irish Lions, especially given that he's significantly shorter and weighs 22kg less than his illustrious team-mate.

Yet, while Smith won't overtly be running over opponents like Vermeulen, Nienaber argues that his No 8's vast experience dealing with imposing Pacific Islanders on the sevens circuit renders him far more rugged than some would think.

READ | 'Calm' Kolisi's return to the Springboks was a mere formality

"If we look at Duane, he's a big heavy No 8 who plays in a specific way. He is a guy who could get and stop momentum," said the national coach.

"Kwagga actually does the same sort of thing for us, just in a different way. He comes from a sevens background and gets momentum with his evasive skill-set, which he learned in sevens.

"Even there, he had to deal with big Fijian players, so he's developed his skill-set over the years. Some people might ask how I can say this, but he probably offers something similar for us, just in a different style and way."

Smith's inclusion is also a feather in Vermeulen's cap in terms of how highly rated he is as a loose forward that plays towards the ball, something that's not always associated with 1.93m, 117kg behemoths.

If anything, that's the main reason why Smith has been selected.

"If you think about Duane defensively, he is a good reader of the game, he's got a good poaching ability and can slow the ball down. Kwagga possesses the same skill-set but, yes, it is a slightly different look to what we normally have in the back row," said Nienaber.

A World Cup winner in 2019, Smith isn't an unfamiliar figure in high-profile matches at international level, having featured for Rassie Erasmus' so-called A-team combination in that year's 16-all draw with the All Blacks in Wellington.

And it's that experience that prompted Nienaber and co to entrust him with his weekend role.

"We're comfortable with Kwagga, he fulfilled that role for us at the World Cup as well, and I'm looking forward to seeing him playing there," said the Bok mentor.

"People also forget that in 2019, when we played against New Zealand in New Zealand, Kwagga was part of that team and partnered up with Duane when Siya Kolisi was injured. That's the nice thing about Kwagga, he actually covers 6, 7 and 8." 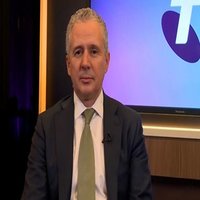 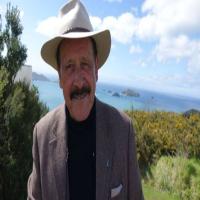 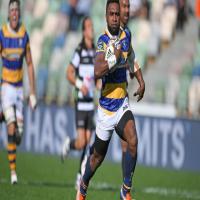 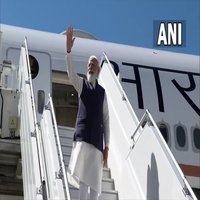