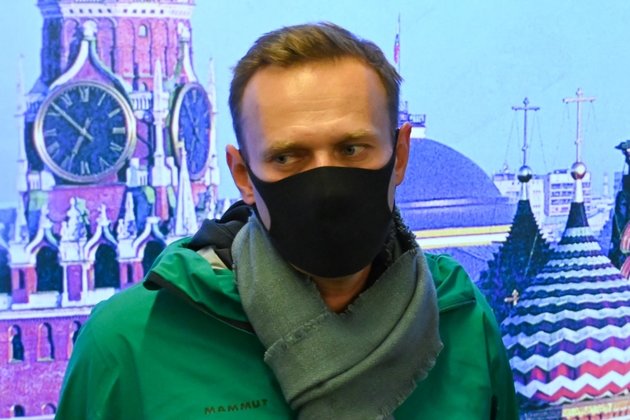 The film Navalny won the documentary audience award and the festival favorite award at the Sundance Film Festival. The awards were announced on January 28 in a ceremony broadcast live on Twitter.

Navalny, a late addition to the competition, tracks the Russian opposition politician as he recovers in Berlin after being poisoned.

The Sundance Institute announced on January 24 that the festival would hold the world premiere of Navalny, making the documentary the 10th and final film in the U.S. Documentary Competition section. It had been kept under wraps prior to its premiere on January 25.

"When we saw this film in the early fall we all immediately knew that we wanted it and would wait for it: riveting cinema in the present tense, incredible access, intrepid investigative journalism, a compelling protagonist speaking truth to power," said festival director Tabitha Jackson in a news release earlier this week.

Navalny tells the story of what happened after the anti-corruption advocate survived the poisoning and tries to piece together who was behind it. Partnering with the open-source investigative group Bellingcat, Director Daniel Roher and his team set out to interview Navalny while he recovered in Berlin.

Roher said he wanted the film to spark 'global outrage and outcry' over Navalny's imprisonment.

Navalny returned to Russia early last year and after a speedy trial was handed a 2 1/2-year prison sentence for violating the terms of an earlier parole. His conviction is widely regarded as a trumped-up, politically motivated case.

Navalny has blamed Russian President Vladimir Putin for his poisoning with a Novichok-style chemical substance. The Kremlin has denied any role in Navalny's poisoning.

The Navalny documentary also won the Festival Favorite Award, which is determined by a vote of audiences who viewed the 84 features screened during the 2022 Sundance Film Festival.

On the same day as the film's world premiere, Russia added Navalny and several of his allies to its list of 'terrorists and extremists' in the latest in a series of moves by the authorities to stamp out opposition to Putin. Many of those designated have already fled Russia.

Among the other top winners of this year's Sundance Film Festival were Nanny, a drama about an undocumented nanny in New York City, and The Exiles, a documentary about three emigre dissidents who left China following the deadly Tiananmen Square protests of 1989.

All winning films will screen on the Sundance online platform on January 29 and January 30. The festival, a top event for independent film, normally takes place in Park City, Utah, but organizers this year canceled the in-person portion of the festival once more, because of the COVID-19 pandemic, moving it to a virtual event.

With reporting by AP and AFP