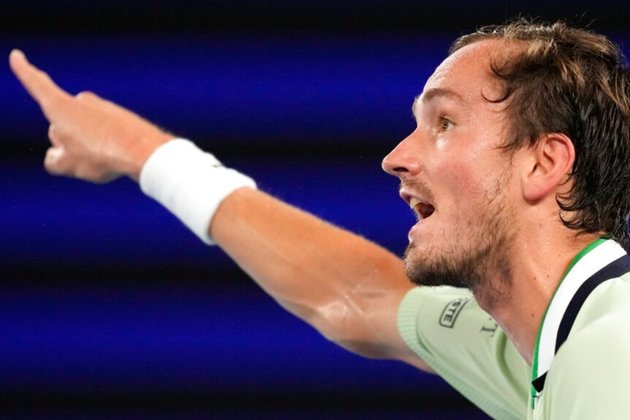 Medvedev Gets $12,000 Fine for Umpire Rant at Australian Open

MELBOURNE, AUSTRALIA - Daniil Medvedev was fined a total of $12,000 Saturday following his extraordinary outburst at the chair umpire during his semifinal win over Stefanos Tsitsipas at the Australian Open.

His four-set win over Tsitsipas sealed his second consecutive Australian final appearance, but it was his bewildering rant at chair umpire Jaume Campistol that dominated post-match talk.

'Are you mad? Are you mad? (Tsitsipas's) father can coach every point?' Medvedev screamed at Campistol.

After an indistinguishable response from Campistol, Medvedev yelled, 'Oh my God. Oh my God, you are so bad, man. How can you be so bad in semifinal, your answer? Look at me. I'm talking to you!'

Later, Medvedev called the umpire a 'small cat." At his post-match press conference, he said he regretted making the outburst.

Medvedev's career earnings, according to the ATP, are slightly more than $22 million, while the winner's prize money will be $2 million.

Medvedev stands between Rafael Nadal and a record 21 Grand Slam titles in the Australian Open final.