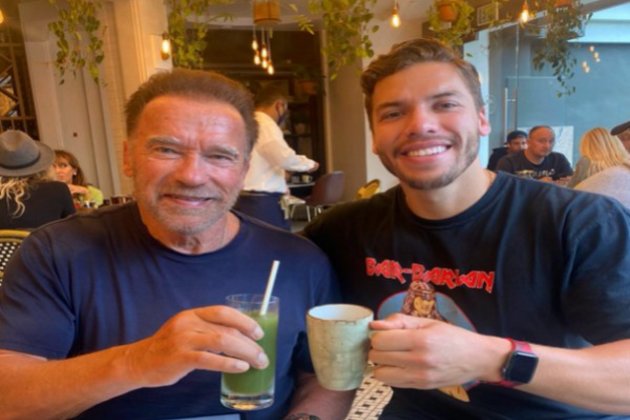 Washington [US], January 29 (ANI): Arnold Schwarzenegger's son Joseph Baena shared that he isn't too worried about what the outside world has to say about his personal life.

As per E! News, the 24-year-old real estate agent, who is also following in his dad's footsteps as an actor, shared in a recent interview that he doesn't let the media whirlwind surrounding him and his family distract him from his own goals.

"The media has always been in my face, but I kind of just drown it out," Joseph shared. "It's like outside noise."As the son of Arnold and Mildred Baena, the action star's housekeeper with whom he had an affair and fathered a son, while married to ex-wife Maria Shriver, Joseph has lived in the public eye for the majority of his life and had to deal with his fair share of headlines.

He's also had to grapple with his father's larger-than-life legacy in entertainment and politics, although Joseph denies any sense of pressure to fill his dad's shoes--even if they have the same size feet.

"Well, literally we have the same shoe size," he joked, before adding, "I've never thought of it in that way. My career path is really just my own."Instead, Joseph tries to use his parents and their hard work ethics as a source of inspiration rather than competition.

"My mom is one of my main motivators, and seeing her and how she works so hard, I want to make her proud," he said. "Same with my father. What he made of himself from nothing. I mean, both of my parents are immigrants that kind of created something out of nothing."He continued, "So, seeing them, it's been a huge inspiration, and I want to make them proud." (ANI)