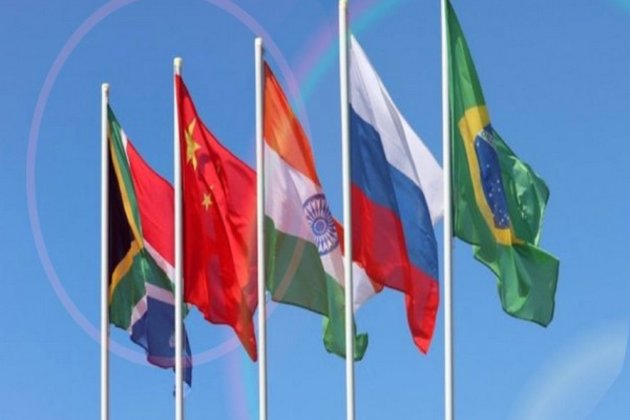 New Delhi [India], June 23 (ANI): At the 14th BRICS summit which is to be hosted by China in a virtual mode on 23-24 June, the member nations will review the current global issues and will reach key agreements, said Russian Embassy in India on Wednesday.

Prime Minister Narendra Modi will attend the 14th BRICS summit in a virtual mode. "At the invitation of President Xi Jinping, Prime Minister Shri Narendra Modi will be attending the 14th BRICS Summit hosted by China in virtual mode on 23-24 June 2022. This includes a High-Level Dialogue on Global Development with guest countries on June 24," the Ministry of External Affairs said in a statement.

The leaders of Brazil, Russia, India, ChinaSouth Africa will discuss the status of diverse political, economic, cultural and humanitarian cooperation, the Embassy said.

"There are also plans to review current international and regional issues. The BRICS summit's final Declaration will formalise key agreements. On June 24, Vladimir Putin will also speak at a 'BRICS Plus' session involving the leaders of several invited states," it added.

On May 23, A BRICS Plus virtual conference was held as part of the main meeting with ministers from countries, including the UAE, Saudi Arabia, Egypt, Kazakhstan, Indonesia, Argentina, Nigeria, Senegal, and Thailand, according to reports.BRICS Plus is a new phase in the expansion of BRICS - already known for its combined economic growth potential - that aims to welcome more countries and enhance economic conditions.

Discussions during the 14th BRICS Summit are expected to cover intra-BRICS cooperation in areas such as counter-terrorism, trade, health, traditional medicine, environment, ST and innovation, agriculture, technical and vocational educationtraining, and MSMEs, the MEA said in an official statement.

The summit will host a High-Level Dialogue on Global Development with guest countries on June 24. BRICS has become a platform for discussing and deliberating on issues of common concern for all developing countries. BRICS countries have regularly called for reform of the multilateral system in order to make it more representative and inclusive.

The discussions are also likely on issues like reform of the multilateral system, combating the COVID-19 pandemic and global economic recovery, amongst others. The Summit will be held in virtual format under the theme of "Foster High-quality BRICS Partnership, Usher in a New Era for Global Development."BRICS is a multilateral forum consisting of five major emerging economies of the world, namely Brazil, Russia, India, China and South Africa. (ANI)