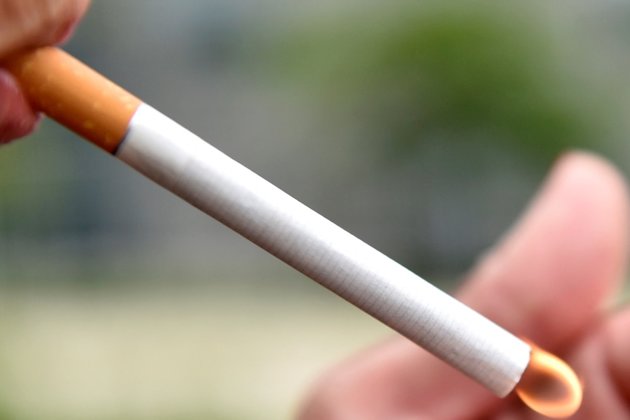 The U.S. Food and Drug Administration announced it is planning to propose a new rule that would require tobacco companies to lower the amount of nicotine in cigarettes and some other tobacco products in order to make them less addictive and to give smokers a better chance at successfully quitting.

The announcement on Tuesday marks the beginning of a lengthy process in which the agency will be required to draft a proposed rule and solicit comments from interested parties, including the tobacco industry, before drafting a final rule. The process could take years, and any final rule that forces tobacco companies to change their products would likely be challenged in court.

The FDA said lowering the nicotine levels in cigarettes would have two beneficial effects. The first is making it less likely that new smokers would become addicted in the first place. The second is that it would make it easier for people already addicted to nicotine to quit smoking.

"Nicotine is powerfully addictive," FDA Commissioner Robert M. Califf said in a statement released with the announcement of the new proposal. "Making cigarettes and other combusted tobacco products minimally addictive or non-addictive would help save lives."

Califf, a cardiologist, noted that 87% of U.S. smokers began smoking before they turned 18, and that two-thirds are smoking daily by the time they reach that age. According to the agency, more than half of adult smokers make an attempt to quit the habit every year, but the majority are unable to do so.

"The Lung Association is very pleased that the FDA wants to move forward with this proposal, and we certainly welcome the opportunity to comment on the rule," Sward said.

She added, "Ultimately, what we want is to see this extended across all tobacco products."

Though it is not the stated goal of the proposed rule, an inevitable result of a policy that makes tobacco products less addictive and easier to quit would be a decline in sales, which would harm companies in the tobacco business.

In 2018, the FDA published an analysis that found cutting the levels of nicotine in cigarettes would lead to a sharp decline in their use over time. The agency claimed that by 2100, such a policy would prevent 33 million people from becoming regular smokers and would drive the percentage of Americans who smoke from its current level of 12.5% down to just 1.4%.

Asked to comment on the proposal, Altria, the parent company of the United States' largest tobacco firm, Philip Morris, emailed a statement to VOA.

"We believe tobacco harm reduction is a better path forward. The focus should be less on taking products away from adult smokers and more on providing them a robust marketplace of reduced harm FDA-authorized smoke-free products. Today marks the start of a long-term process, which must be science-based and account for potentially serious unintended consequences."

Thomas Briant, executive director at the National Association of Tobacco Outlets, told VOA that the organization will not comment on the FDA proposal "until the actual proposed rule is issued to the public," giving the group time to "thoroughly understand" the regulations.

The FDA announcement comes as the Biden administration is taking action in other related areas.

Last month, the FDA issued a proposal that would ban the use of menthol as a flavoring agent in cigarettes. One effect of menthol is to reduce the harshness of inhaled tobacco smoke, making it more likely that new smokers would continue smoking and become addicted to nicotine.

"This proposed product standard would reduce the appeal of cigarettes, particularly to youth and young adults, and, thereby, decrease the likelihood that nonusers who would otherwise experiment with menthol cigarettes would progress to regular smoking," the FDA said in its proposal.

The Federal Register notice detailing the menthol ban, first published on May 4, has generated more than 100,000 public comments.

Also on Wednesday, The Wall Street Journal reported the FDA was on the verge of requiring that Juul Labs Inc., the company that more than any other contributed to the popularity of electronic cigarettes, remove all of its products from the U.S. market.

The company has been under close scrutiny for several years and came under severe criticism for marketing Juul pods, disposable cartridges containing the nicotine-infused, candy- and fruit-flavored liquid used in the e-cigarettes. Though the company denied it, the marketing strategy was seen by many as a blatant attempt to attract young users.

The company stopped selling its sweetened pods in 2019, before the FDA banned nearly all fruit-flavored vaping products industrywide in 2020. However, Juul remained the subject of an FDA investigation, which has been going on for two years.

It is unclear what the expected ban will mean for the broader vaping market, where Juul has a number of strong competitors.

There are some who argue that a ban on e-cigarettes is a mistake from a public health perspective, because they may represent a route for current smokers to leave tobacco behind without suffering from nicotine withdrawal.